The formation of the TGWU was rooted an era in which, starting in the 1880’s, a mass trade union movement was formed. The immediate context of the drive to amalgamate the unions forming the TGWU, 1920-22, was a period which witnessed an intensification of pre and post WW1 militancy. Such militancy continued, albeit unevenly until 1926 and was met with resistance from employers and the State culminating in the mighty confrontation of the General Strike.

Against this setting the union was formed, spearheaded by Bevin. Under his leadership the complex internal structures of the union and its trade groups were shaped. Politically the union had a close relationship with the Labour Party and its two minority Governments (1923-4 and 1929-31). Industrially its strategy moved to a centrist position which was reflected in Bevin’s role as a member of the TUC’s General Council both before during and after the 1926 General Strike

The defeat of 1926 marked a watershed in British labour history in which, again, the TGWU played a key role. Trade union militancy was succeeded by an attempt at negotiated accommodation with the employers, known as ‘Mondism’. Bevin was central to this development.

The history of the union in this period, will open a discussion on the political and industrial direction of the TGWU and the impact of its policy on the labour movement as a whole. Underlying this is an appraisal of the different strategies in the struggle between capital and labour. Such an assessment both informs and echoes current debates among today’s activists.

These documents detailing the London & Provincail Union Licensed Vehicle Workers card can be found at the Marx Memorial Library. 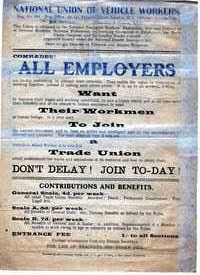 The founding of the TGWU

The TGWU was founded in 1922. These documents detailing the amalgamation and early disputes and agreements including the 1926 General Strike can be found at the Marx Memorial Library. 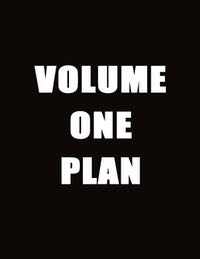 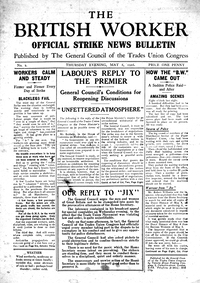 The Marx Memorial Library is home to The British Worker, a newspaper produced by the Trades Union Congress during the strike. The eleven issues cover the period 6th to the 11th of May. Reports include, on page three of this first issue, ‘One Hundred Thousand Out in the Liverpool Docks’ concluding that ‘the general paralysis of industry is complete’.