The final volume heralds the climax of deindustrialisation and the rise of speculative finance capital.  Employers create space for new types and ways of working, that prize decentralised, even atomised workforces, nonetheless operating within tight constraints of poorly remunerated and exploited labour. To match, segments of the labour movement detach from traditional values to propose `New Labour’, an ideologically-free concept based on Clintonesque `triangulation’ politics. The outcome is two decades when Labour politicians, apart from a handful of socialist MPs, distance themselves from workers in struggle. As the 1990s develop a clear line emerges in the union, with most national trade groups of the union increasingly proposing and leading a fighting back union. With intense struggles in aviation, automotive, ports and road transport being waged one undisputed gain for the union in these decades was its growing reputation for asserting equalities, which T&G members proudly took into a new union for a new century.  The dawn of the 21st century sees urgent demands for unity around a truly organising union, with technological advances and outreach approaches to communities.  These events all combined to produce a surge to the left in the union, with the decisive election of Tony Woodley as General Secretary in 2003. By 2010, it could be said that the project to create Unite, as a new type of union, had been completed. With a new General Secretary, in Len McCluskey, the union would need to weld together all the disparate parts. A question for the future may be how far engagement in communities and involvement in national political campaigns can create a new mass base for trade union organisation. 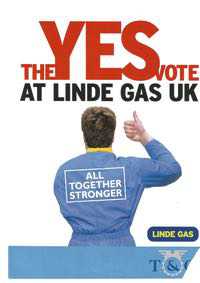 Example of a pamphlet sent out to workers at Linde Gas to vote yes or no to recognition in 2003. 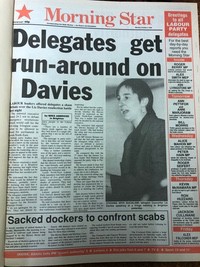 The 28 month Liverpool Dockers Strike was sparked by the sacking of workers who refused to cross the picket line, as documented on these two front page Morning Star reports. 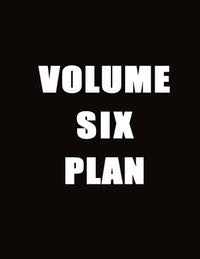 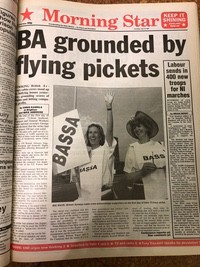